YENISH SOUNDS – The secret of a Swiss culture - Stephan Eicher and his Yenish roots. on TV SRF1

"He plays with the image of the gypsy. He senses his Yenish roots: Stephan Eicher. The traces lead us to the Grison mountains, to former immigrant families and their legendary dance tunes. Within these Yenish families lies an unknown music tradition: it has shaped Swiss folk music, approaches the blues, shines as chanson, or rebels with punk music. However, the film also tells the story of discrimination and persecution which have silenced these musicians. It is a film about the secret of a special sound."   *dschointventschr 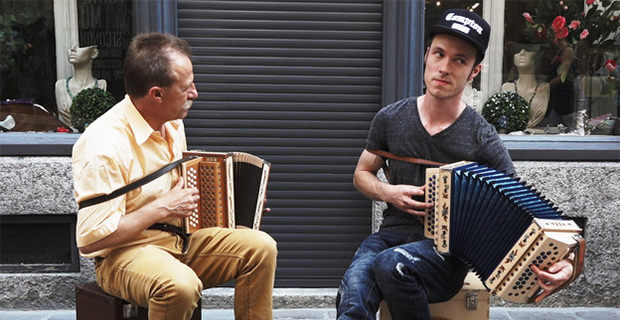